I guess it’s all got a little bit more real this week, the first week of my IronMan training course. It’s one I’ve got from trilife through the IMUK website, a 26 week course specifically aimed at the IMUK course apparently.

First day was Monday, and I woke up feeling like shit. Came down with a really bad cold on Sunday so first email I saw on Monday was my training plan for the day. Great, first day and I’m already behind. Opened it up and result, today is a rest and preparation day!! Then the rest of the week has just been drills and easing into the 3 disciplines.

Like I’ve said, the swimming isn’t really a problem, I can do the distance now so its just a case of trying to knock some time off it. The first swim session was some drills, and I have to say, I found the drill doing catch ups quite difficult. Not so much the doing it, more the coordination I think. Anyway, all done, certainly felt it across my shoulders more than a normal swim, so presume it must have done some good.

The running was easy enough. A gentle 40 minute run one day, followed by an hour a day or two later. I did the hour one yesterday first thing, and felt really good. There’s something about running first thing, really enjoy it, no matter what the weather. It was cold and windy yesterday but just got on with it and when I got back, felt like I could take the world on, or at least my 2 little girls anyway!! Think the hardest part was waking up and getting out of my pit as I could hear the wind outside, but once out, it was fine.

And the cycling. Not great to be honest. I’ve buggered up my bike on the turbo and not had chance to get it into the local shop to have it looked at, hopefully tomorrows job. There is a solution on the way to force me to improve, but that’s another story, so for the time being I’m just doing my biking on the wattbike, which is great bit of kit. 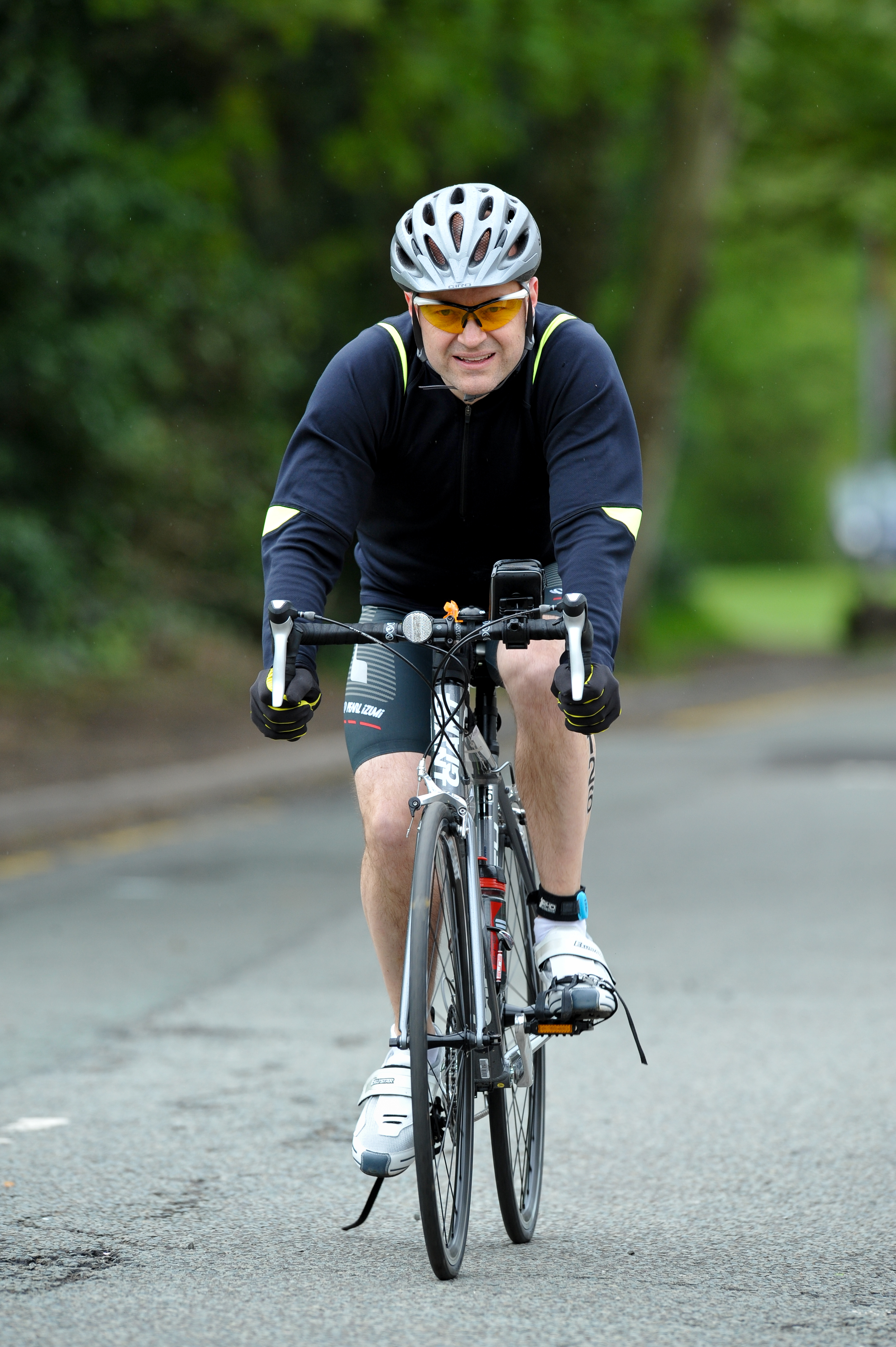 Didn't enjoy the bike ride on this, and as I remember, just about at the end of the ride here, and coming up to a speed bump, hence the grimace.